Lewis Ben Smith’s many friends describe him as a man of numerous talents, and with good reason.

As much at home behind the pulpit as he is in his classroom, where he teaches history to students of six different grades, Lewis also loves walking down ancient riverbeds seeking to add to his museum-like collection of stone artifacts left behind by Texas’ ancient inhabitants. He has even helped excavate the fossilized remains of a Mosasaur, a type of marine dinosaur that roamed the shallow seas that once covered his neck of the woods more than 70,000,000 years ago.

A voracious lifelong reader, Lewis saw his thrilling debut novel, The Testimonium, released by eLectio Publishing in the summer of 2014.

It was soon followed in the spring of 2015 by a historical title, The Redemption of Pontius Pilate, and then another modern archaeological mystery, Matthew’s Autograph, published that same autumn. Theophilus, which covers much of the Roman world in New Testament times, came out in 2017, and most recently his fifth novel The Gnostic Library, which sets its cast of archaeologists down amid the turmoil of present-day Egypt, hit bookshelves in May 2018. 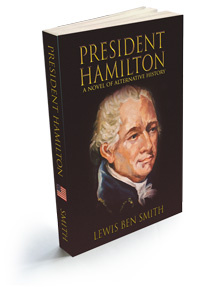 July 11, 1804, a single bullet changed the course of history. But what if it didn't? Alexander Hamilton lies wounded and feverish after a deadly duel that ended the life of Vice President Burr. Hovering near death, he catches a glimpse of what lies ahead—and sees a Civil War that will consume a generation and poison America's Future. His vision compels him to return to the political arena. 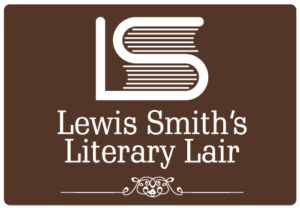