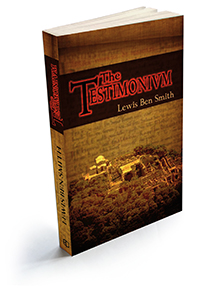 A gripping tale of faith, archeology, romance, and terrorism.

For two thousand years, a sealed chamber on the Isle of Capri had concealed an ancient scroll whose contents could confirm the single most important claim of the Christian faith — or disprove it once and for all.

Now an earthquake has torn that chamber open, and a team of archeologists, led by the beautiful Italian scientist Isabella Sforza, recover and open the scroll.  When its contents confirm some of the most important details of the Gospels, the scholars become the center of a firestorm of controversy, accused of fraud and forgery.

Even as Isabella and her American colleague Dr. Joshua Parker defend their discovery to the world media, they suddenly become the target of a deadly terrorist attack.

What did Pontius Pilate say about the trial and execution of Jesus of Nazareth?  The Testimonium holds the answer!